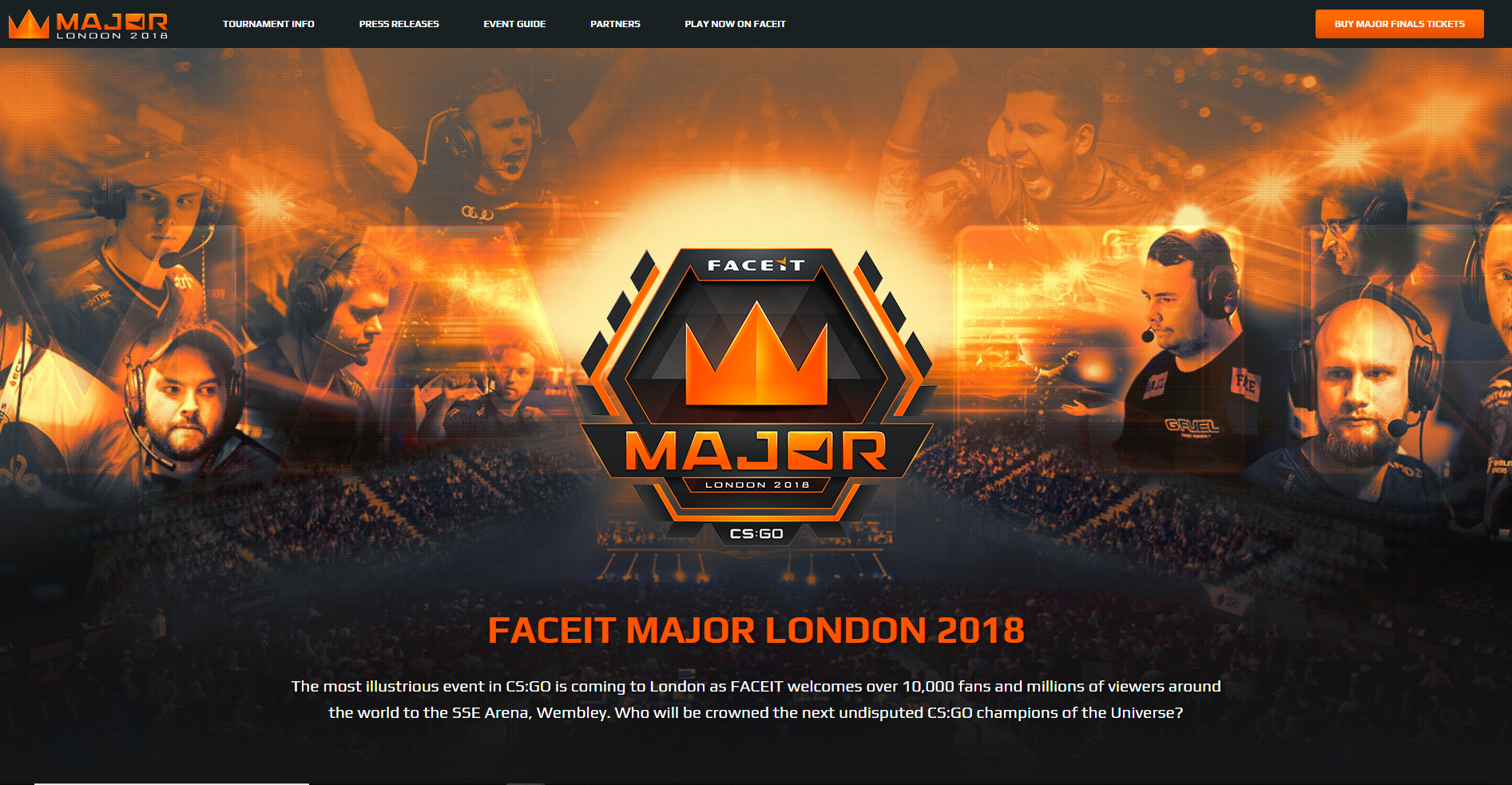 FACEIT Major 2018 playoffs in London starts on September 20th, 2018. Now that its down to the top 8 teams the pressure will surely get to the weak and empower the strong with a one million prize pool. There can only be one team to remain grabbing the half million first place prize money and I will try my best to predict a winner.

Top 8 Teams In The Playoffs

These matchups are pretty interesting. I can see some crazy plays happening come Thursday. However, this article isn’t about the plays but who will win right? Well, I can’t say for sure who will win unless I was from the future. So since I am not from the future I will do my best.

Lets start with match 1, BIG vs Natus Vincere. Both made it to the playoffs with a record of 3-1. However, I feel like Natus Vincere is a little more prepared for this major. If BIG loses the first game, I don’t see them winning 2 in a row to take the series. On the flip side, I believe Natus Vincere could do it if put in that position. So my pick for this matchup is Natus Vincere.

Match 2, compLexity vs MIBR. Only a true fan of MIBR would bet for them going up against compLexity. While MIBR struggled to make the playoffs with a 3-2 record, compLexity ran through with a 3-0 record. My pick here is compLexity.

The winners of these matches will face off against each other in the next round. I won’t go into that match up until it happens so lets get into the other 2 matches of the playoff rounds.

Match 3, Liquid vs HellRaisers. I’d be lying to myself if I said I think HellRaisers would win this match. Honestly, if any team can pull off an upset. Its HellRaisers but I don’t think Liquid would slip up against them to the point they would let this major slip out their hands. So my pick is Liquid for this match.

Match 4, Astralis vs FaZe. Astralis is the best team in the world even though they have an off game once and awhile. FaZe doesn’t have enough skills to stop Atralis in the first playoff round. Astralis is an easy pick in this match up.

Let’s see how these csgo predictions play out then I will give my predictions for the next round.

Where To Bet On CSGO For Real Money Online?

ABOUT US
MrDeposit.com is not a gambling site of any kind or an online gambling operator . We are simply here to provide information about sports betting, esports betting, online casinos/poker rooms and the latest news for entertainment purposes. Gambling laws vary by jurisdiction, be sure to check your laws.
© 2016-2017 MrDeposit.com